On Thursday 23rd February storm Doris rolled across the UK, knocking down trees, damaging buildings, sweeping up debris and knocking out power supplies. With gale force winds of up to 95mph, many faced disruption as trees blocked rail lines and thousands were left without power.

But as many struggled to travel home and others avoided venturing out at all, Ground Control’s teams across the country worked throughout the night to remove obstructions and help their clients fix faults so that services could return to normal by the morning.

Fortunately, all of Ground Controls’ utility teams across the UK are equipped with the StaySafe app which made managing jobs and staff safety quick and efficient.

With hundreds of faults and disruptions across the UK, it was important for Ground Control’s clients to identify the nearby on-call resource as quickly as possible and allocate them to a job.

One Ground Control client who proactively used StaySafe during the storm was UK Power Networks. UKPN provide power to homes and commercial buildings across London, the South East and East of England. Ground Control is contracted by UKPN to carry out vital maintenance and tree clearance to keep UKPN’s electricity cables and lines connected at all times.

With Storm Doris causing damage to power lines across the country, it was crucial for faults to be repaired as quickly as possible in order to prevent and rectify power cuts. To increase efficiency and reduce management time, managers at Ground Control provided UKPN with a basic view of the StaySafe Hub, so that they could collectively track and manage field-based teams.

With the help of StaySafe, the Ground Control workforce, including the UKPN team, rectified a record number of faults attended by Ground Control in such a short period of time.

How did it work?

When beginning a session on the StaySafe app, real-time employee locations become visible on a map in the StaySafe Hub. The Hub can be organised into teams so that employees working on different projects or for different clients, can be separated into a separate Hub view.

During the event of a storm, teams working on behalf of UKPN are instructed to begin a session on the StaySafe app when they are on standby. This allows UKPN to log in to their ‘GC hub’ and view the location of on call Ground Control employees. By zoning in on the location of a fault, Ground Control and UKPN managers are able to view who is in the proximity and allocate resource quickly and efficiently.

While Ground Control and their client UKPN have been using StaySafe for some time, the Hub proved particularly useful during the storm where rectifying a sudden increase in faults became time-critical. The need for multiple phone calls to find out location and availability of staff were eliminated, allowing managers to concentrate on other important tasks during an increasingly busy time.

StaySafe is above all a safety tool which allows supervisors to monitor the safety of their lone working and vulnerable staff. Ground Control use the StaySafe solution on a daily basis to ensure that they are alerted whenever an employee is in need of assistance.

During Storm Doris, employees were working around the clock with some teams not arriving home until the early hours of the morning. StaySafe gave peace of mind to team leaders who knew they would be alerted if an employee failed to check out of a session or sent a panic alert. Logging in to the Hub allowed them to check their teams were working safely and were reaching their homes at the end of a job.

For James Sadler, who manages the UKPN contract at Ground Control, the most important aspect was the peace of mind and security that StaySafe brings.

I was able to work from home that evening knowing that the StaySafe Hub was monitoring my team and keeping track of where people were. I was able to log in from time to time and see that people were arriving on site and were working safely. I could see when they were driving back at the end of the night and see them log out safely when they reached their homes. Fortunately, all employees were able to carry out the necessary works safely, and no alerts were triggered.

To find out more about how StaySafe can help you manage lone worker safety in a disaster situation, please get in touch: 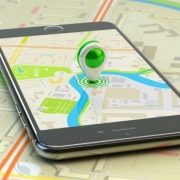 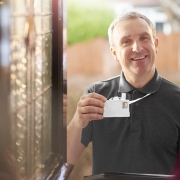 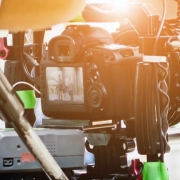 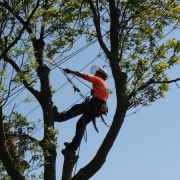 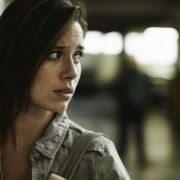 Inside Housing: Violence, fear and underreporting

GPS in the workplace
0 replies